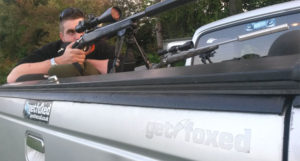 Thursday evening I received a call from a local farmer asking if I could deal with a couple of foxes he’d seen around his chickens – didn’t need asking twice!

Arrived at around 6pm and set up the GC500 on some silage bales and positioned ourselves out of the way with a good view of the caller and the field in front.

First fox down at 6.15pm was called to the chicken call on the GC500 and dropped at 182 yards courtesy of a homeloaded 53grn Hornaday Vmax…

No 3 spotted on stubble from the truck, called to about around 80 and dropped.

No 4 showed an interest in the Original and stuck around to be dropped at about 130.

We then returned to the original location at around midnight to pick up the GC500 and spotted, called and dropped 2 more.

With the exception of the first two foxes (both dealt with in daylight), all were “lamped” with the Nightmaster 800 (spotting) and the XSearcher (shooting). For more information and to purchase these torches, speak to Simon at Surrey Sport – click here for his website

If you’d like some hints and tips on how to get the most out of your electronic caller, click here to download our How to Guide 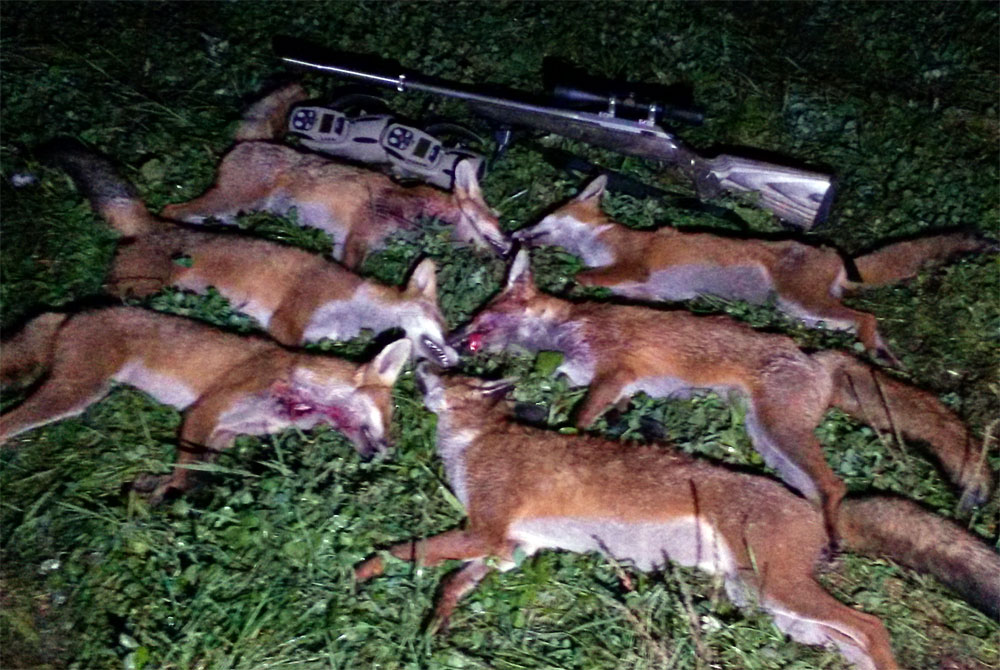