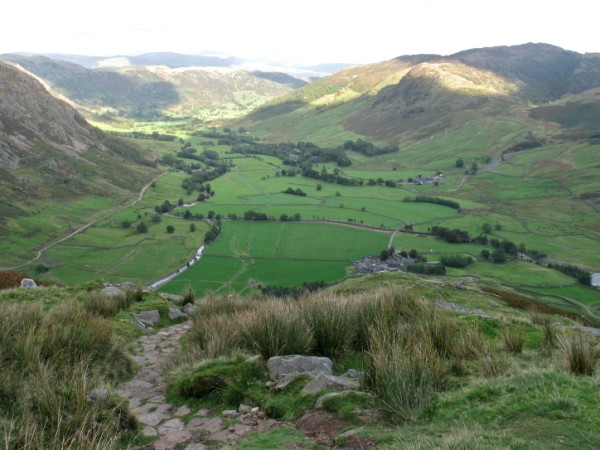 We took the kids up to the Lake District over the weekend, stayed at a campsite in Great Langdale. On the Friday night I was sat out having a smoke when I noticed a fox wandering through the campsite (the place is crawling with rabbits). So on the Saturday I decided I would have a climb up the hill and see if I can call anything with the callers.

So I take my camping torch and the three Set of mouth callers and I climb up the hill, sit down out of the wind and start calling. By the third call a big buck rabbit came out the warren and ran straight to within 5 metres of me and sat listening for the noise. I left him to lose interest and started calling again, this time really giving it all I’d got.

Well within less than a minute I had 3 foxes circling just out of the torch beam. So for a good 15 minutes, I called them in then going quiet when they get close. Then called them back in again when they started to lose interest. I loved it, highlight of my weekend.

Anyway it got fully dark so I decide I better head back to the camp. When I get bacsaysk my wife drags me into the tent and says ‘Was that you making that noise?’

Well, it turned out that whilst I was up the hill calling in foxes, a group of about 20 – 30 dads had formed in the campsite, several carrying their wood chopping axes, wanting to go up the hill and rescue whatever animal was being tortured to death. They were really prepared to go as well until one of the dads pointed out that he thought there were panthers living in the Lake District. Even the dads with axes were put off after that. Fortunately by the time I came down the hill they had dispersed and gone back to their tents.

I asked my wife why she didn’t just tell them it was me with my callers and she says, “They looked dangerous with those axes”.

I laughed, really laughed. It was absolutely hilarious, though I am going to have to experiment with calling rabbits again as I was really surprised at the response I got from that buck.