Bob lives and breathes fox control in and around Sussex, looking after some the large estates in the county. Armed with his ICOtec Outlaw, Bob shares some tips on how to get the most out of an electronic caller at this time of year…

CALLING FOXES IN THE MATING SEASON

Here are a few basic tips on getting the best out of using your ICOtec caller during the fox mating season.

Firstly lets take a brief look at what changes the fox, both male and female, go through during this time of year. The vixen starts to come into season anytime from as early as October to as late as March with the majority looking to breed from mid November to the end of January. During this time she will be heard barking trying to attract the attention of male foxes, she firstly needs to do this to get the boys all fired up and raring to go. The reason for this is dog foxes only produce sperm when the vixens are in season, the constant calling out will entice numerous dogs to come and visit her. After a meeting up with her the dog fox will scent that she is due to come in to season in the coming weeks and so it stimulates him to start to produce sperm. To increase the chances of a good strong litter of cubs the vixen can mate with more than one dog fox. This is why quite often you will see a vixen with two or three dogs hanging around her especially towards the end of the night after she has been calling for most of it. After the dog foxes have met up with her a few times they are then ready to mate as she by then will be ready to be covered by them. The dogs have sorted out a pecking order on who mates first, the most dominating dog out of the group being in prime position.

So now we know how they behave we can use our calls to draw them in..?

These are the methods that I use and have very good results, these tips are to help novice and seasoned foxers alike who are struggling to draw foxes in using their ICOtec caller.

Where do I call?

If you know of a fox in a certain area or have heard one barking at a certain place then go to that area. A vixen will call out in the open, away from a wood where she possibly lays up in during the day so generally have your caller out away from the wood .Foxes will only tie out in the open also as they need to see what is around them as at this time they are at their most vulnerable.

Where do I place the caller? 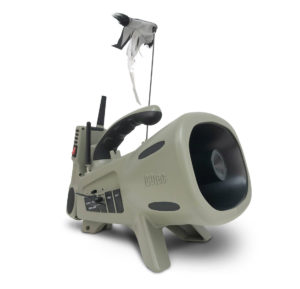 Your aim is to draw the fox out into the open where you can get a good view and a safe shot. Use the wind, the fox your hoping to shoot will so think is the wind blowing my scent toward s where it is likely to come from. Majority of foxes will cross the wind towards a call then last minute turn nose into it so I prefer to have the wind blowing from either left or right and the wood I hope the fox will come from straight in front of me. This way not only is my scent not blowing towards the wood but it will also make the fox cross the wind towards me. Don’t put the caller where you want to shoot the fox but place it about 50 yds upwind from where you plan on shooting the fox, also place it a good 100yds out from you.

So what call do I play?

Vixen calling, vixen in heat and a pair mating will all work. I have best results by imitating what a vixen calling does, firstly play a vixen calling randomly for about five minutes. I start on volume 5 then increase to 7 after a few minutes, I then turn it back down to 5 before stopping the call. If you hear a vixen calling you would of noticed how she barks randomly and also how it sounds louder then quieter so you have just done exactly the same using your caller. You will get foxes coming in to that call on its own and usually they are on to it pretty quick. 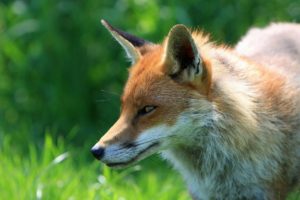 After leaving it quiet for a couple of minutes I then play a mating call, this gives the impression that she has met up with a dog and the mating is taking place. Dog foxes will come to this call very quick as they want to get in on the action also vixens as they want to check out what vixen is on her patch . You will get more than one fox come to the call quite often so after shooting one just leave it where it is and keep watching for more.

How long do I call for?

I tend to give it 20-30 minutes before moving on to my next place. When calling this time of year if they are up for it they will be on the call pretty quick so no need to sit in the same place for hours.

When using a caller whether it during the mating season or any other time of year I will keep disturbance down to a minimum. I will drive so far not showing any lights etc then the last couple of hundred yards I will walk in. I shoot off a tripod standing up as it gives me a full range of movement if needed. Try and make use of natural cover like standing tight up to a hedge with it behind your back or even a large trunked tree. Take spare batteries.