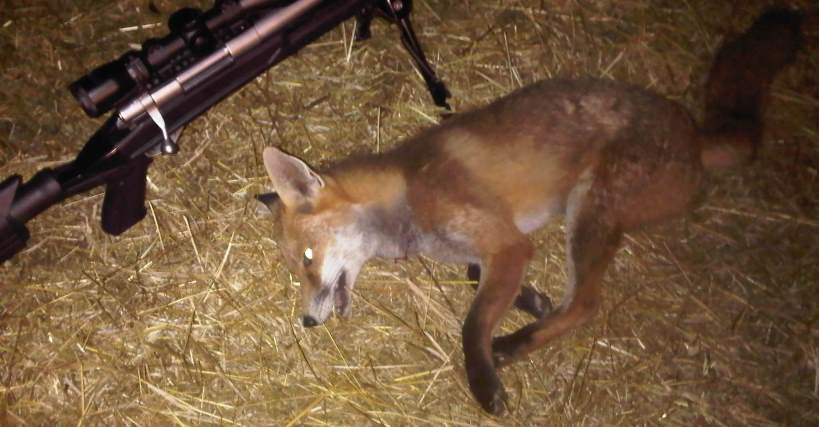 More great feedback from a recent customer… thanks Jack!!

Just thought I’d send you a report on the 2 Best Fox Calls that i received recently.

Finally we have got the crops off here, so we got out in the truck to get on top of the fox problem. We had 2 that really did react to the whistle. It was astounding and they only turned off their course and only stopped coming when i put the lamp full in their eyes and stopped whistling.

The first one to race at the whistle came from about 200 yards to about 80 in no time and this was to the Original Best Call. He sat with his head on one side as I reduced the volume and put the lamp in his eyes. Boom. Job done.

The second and possibly more interesting one was way out at 300 yards with a chum and on a few shrill blows of the SS call it appeared that he had begun to quarter us so we turned the lamp off and began to blow harder. We shone round and saw nothing and I began to wonder if it was a crafty vixen I had been after for a while. Suddenly between the bales and at full stretch the cub appeared at about 100 yards just to our left. The cub stopped at 75 yards and sat and having a clear shot the job was done quickly and cleanly.

All in all we had 4 foxes but 2 were entirely down to the whistles. Thank you for the excellent products that will no doubt be used an awful lot over the next months. I hope to continue as we have started.