Team BFC is made up of dedicated foxers across the UK who all started out as Best Fox Call customers. If there’s anything you need to know about the Best Fox Call products – or just foxing in general, these guys know the answers so why not ask a question via the “ASK TEAM BFC” form at the bottom of the page. 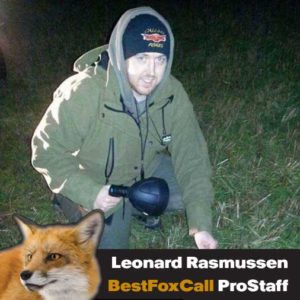 Callers Used: BFC SS, BFC Original, Scott the Fox and the back of my hand

How did you get into foxing?: I got into foxing a good few years ago after taking up rabbiting and pheasant shooting. I’m lucky to have friends that owned their own farms and I was asked to help out with controlling foxes for them – it started there and just took off and the disease of foxing was upon me 😆

Most memorable foxing story: I’d been after a large dog fox on my own pheasant ground for a few months – he kept giving me the slip day and night. One windy, dark night myself and my lamping buddy Tommy walked in to the field and crept up to a hanging tree beside the wood line. On with the lamp and there he was in the field about 150 yards away… Big red eyes looking back and he was no more than 300 yards from our main pheasant release pen… I dropped to the ground with my lamp held steady and I just took a shot just as he turned to go and I dropped him clean. 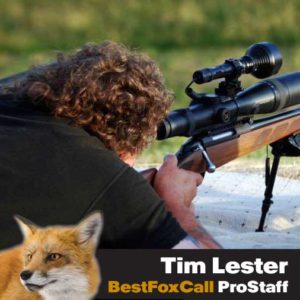 How did you get into foxing?: Left school and worked as a gamekeeper, my job was to control foxes and vermin to protect game birds. Been involved in pest control ever since and director of MBC Bird and Pest solutions Ltd, We are urban and rural fox control specialists and consult to local authorities. I have been controlling foxes for over 40 years.

Most memorable foxing story:All of my foxing days have good memories and after 40 years it is difficult to say which one is the best. I would say it was when I went out one night with the intention of shooting a rogue fox on a game farm, owned by a friend of mine, I turned up with all the gear and forgotten my caller, which in those days was a whistling kettle top. I then had to find something to make a noise as I have never been able to call from the hand. I used a coke can ring pull and got a half decent sound which I have perfected since using a beer can ring pull. I sat in a high seat overlooking the rearing fields and started to call, before I knew it the first fox was coming in. I ended up shooting six that night, 1vixen and 5 cubs. Presumably the Dog fox, No 7 escaped me as it sat under the High seat for a good 10 minutes and never presented itself for a safe shot! 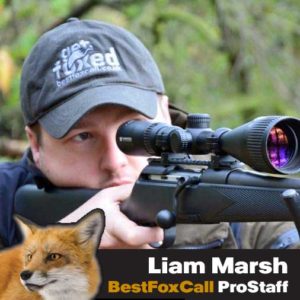 How did you get into foxing?: I started from a young age around the game shooting scene progressing in to the rifles on rabbits fox and deer

Other shooting interests?: It ranges really from ratting to long range rabbit shooting but mainly Foxing with a little bit of deer stalking

Most memorable foxing story:My most memorable fox would be the one I shot last year helping a gamekeeper out on a vermin day down south. On the one drive a fox broke cover and headed for a gap between me and the keeper and I must of been quicker than he was as I was the first to get a shot off and the 12 bore doing its job dropped it on the spot. 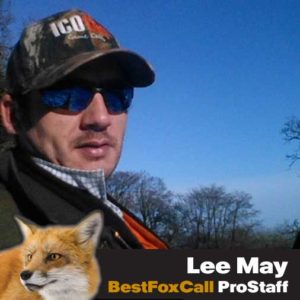 Kit used: NM800 in red T67 in white and home made night vision add on

How did you get into foxing?: I was born and raised on a farm that says it all really

Other shooting interests?: love game, pigeon and crow shooting and i also like a bit of Deer stalking

Most memorable foxing story:Can’t say I really have one but if I had to pick it would of been last year during lambing time. I turned up in the fields to find two foxes working a group of sheep and lambs in to the corner and it was a long and painful wait to get a safe shot but in the end I had both foxes and no lambs where lost. 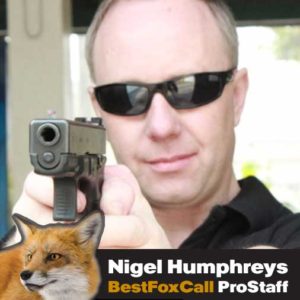 How did you get into foxing?: I started foxing 28 years ago when working on a farm, i was already a keen shooter and at the age of 15 and I already had my marksman badge from the army cadet force and already had my first shot gun and air rifle, the farmer i was working for asked if could have a go at the foxes as a few lambs had gone missing of course i said yes as i was yet to have my first fox, that evening i sat waiting in an old David Brown tractor that had no doors on it with just me and my old side by side shot gun, just as light was fading a large dog fox popped out of the hedge only 30 yards away!! My heart was pounding this was my chance to get my first fox bang and down it went I was hooked from that day and spent many years controlling foxes for my local farmers…

Other shooting interests?: I like to go rabbiting with my .22 rimfire, ratting with the air rifles and of course pigeon shooting with the shot gun.

Most memorable foxing story:I have to say the most memorable foxing story happened only a year ago while out shooting with Craig Jackson and Ben Chenery Oh yes these guys certainly know how to shoot and if I hadn’t seen it with my own eyes I wouldn’t of believed it, we were out lamping on a large estate in Craigs purpose built foxing landrover trying to account for a very lamp shy fox and when i say lamp shy this one bolted as soon as the lamp hit it. Ben was on the lamp and Craig was on the rifle all I could see was this fox running absolutely flat out across the field at well over 200 yards I thought to my self oh well thats it for the night, then i heard click as Craig took the safety catch off !!!!!! Bang went the 243 and I thought to my self… Really ???? you took the shot ??? Then Craig said that’s quite far whose going to pick it for me? I was astonished not only did he take what I thought was an impossible shot but it was a head shot on a fox that was running flat out at over 200 yards, in all my years shooting this has to be the best and most perfectly judged shot i have ever seen and I would be very surprised if I ever see anything like it again! What a night that was and a privilege to be out with 2 great marksman

If you have a question about getting the best out of the BFC products or foxing in general, please complete the form and one of TEAM BFC will get back to you with some advice…
[contact-form-7 id=”5750″ title=”Ask the Prostaff”]

We can now take payments using SSL Secure Stripe if you prefer not to use a Paypal account.